Set the agenda using UNs 17 goals and turn them into a competitive advantage.
Read more

Let in but left out – The real cost of exclusion

I would define exclusion as anyone who is reduced to less than they are (not being seen and heard). Being ‘reduced’ does just that, it reduces not only that person but their motivation, engagement, respect for their leaders, drive and creativity.

My first vivid memory of exclusion happened in my grade 11 gym class; I was 16 years old. I chose physical education as an elective class as I was athletic and loved being active. This was my first co-ed gym class and there were only a handful of girls in the class.

The teacher was the men’s rugby coach and taught us an Aussie game called speedball which was a mix between rugby and soccer. I have to hand it to him, it was fun! One afternoon we were playing speedball in the field and the boys started to play amongst themselves and excluded all the girls. One by one, the girls gave up trying and started to walk the field or stood to the side as they simply were not included. I tried to stay engaged, ran with the boys and was open for a pass every time. The boys saw that I was open but not once did I get a pass even though I was calling for it. They instead threw the ball to a boy who had three defenders on him rather than pass to a girl who was wide open. I finally said to the teacher ‘This isn’t fair. No one is passing to me even though I am open’ and without a flinch the gym teacher told me that ‘I wasn’t trying’.

The impact of that moment was huge. He simultaneously reduced me to being lazy and taught a group of young men that it is ok to dismiss a team member not because she wasn’t good at the sport but because she was a girl. I ripped my bib off and threw it on the grass and stormed off the field in sheer frustration. The system which was created and enforced in that game made it so that 100% of the females could not succeed.

“The tricky thing about exclusion is that it is seldom done maliciously or consciously but rather subtly and consistently. Leaders recognise the value of diversity but do not have the leadership skills to access and leverage that value.”

In business of today, exclusion tends not to be as overt as my gym experience but parallel the same structure of a system of exclusion being enforced by a leader or leadership. As we know, exclusion reaches far beyond gender, race, ethnicity, sexual orientation and also includes differences such as functional expertise, education level and thinking styles. I would define exclusion as anyone who is reduced to less than they are (not being seen and heard). Being ‘reduced’ does just that, it reduces not only that person but their motivation, engagement, respect for their leaders, drive and creativity.

The tricky thing about exclusion is that it is seldom done maliciously or consciously but rather subtly and consistently. Leaders recognise the value of diversity but do not have the leadership skills to access and leverage that value.

In the HBR (Harvard Business Review) article, ‘Diversity doesn’t stick without inclusion’ Laura Sherbin and Ripa Rashid outline what they see as the six behaviours of inclusive leaders which are:

By identifying specific behaviour, inclusive leadership becomes more tangible and achievable. However, the need for the overall system to support this behaviour remains. More businesses are realising that the impact of diversity without inclusion is costing them in innovation, performance and revenue. I am a natural optimist and am hopeful in organisations and their leaders to grow their ability to create and support systems that empower people to be their highest and best selves.

“Diversity is being invited to the party. Inclusion is being asked to dance.”

Coming back to my gym experience, while I was invited to the party, I was certainly not asked to dance. I hold the vision for all of us being asked to dance in our places of work.

Gain insight into the challenges and responsibilities that come with your new leadership role – and strengthen your qualifications to successfully take up the leadership role.

Do you often get frustrated that others misunderstand what you are saying? Learn to manage and alter your communication so that you communicate in ways that your recipients will understand. This course focuses on behaviour, body language, emotions, and more. 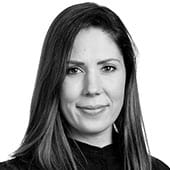 For organisations to be sustainable and valuable to society they need good governance, transparency and a clear purpose that extends beyond the interests of a self-interested few. Read on below.…

The evolution of leadership is a story that has mirrored the changing expectations of both organisations and its employees alike.

Are you a future leader?

To achieve success in the future, as a leader you must be able to reflect, surrender control at the right times and understand your employees' feelings. Read more below and gain insight into the competencies future leaders will need to achieve real participation from their employees.