Even though Denmark is often regarded as a country with strong equality, our view of gender roles is surprisingly traditional. And in fact we are not as progressive as we often think.

Among other things, Denmark has fewer women in top management than countries we typically compare ourselves to. In 2021, we plummeted from rank 14 to a disappointing rank 29 in the World Economic Forum’s Global Gender Gap Index. When it comes to gender balance in management and decision-heavy positions, this decline is even more dramatic. In only 5 years, Denmark has gone backwards from rank 78 to rank 101 out of approximately 150 countries. This means that we are well below the OECD average for women in management in general – not just top management.

We need to get past the finish line

Fortunately, these insights have generated agreement that we still have a long way to go, and they have fostered the fighting spirit to help reach our goal. Gender Diversity Roundtable Denmark is one of many initiatives attempting to pave the way for Danish women in management. Unfortunately, such initiatives, though indeed trying to solve the problem, often turn into sad demonstrations of what’s wrong, exemplifying the fundamental, core problems. This happens when they focus on how we as a society can ‘fix’ women and make them comply with existing premises. Future female leaders must be identified earlier in the ‘food chain’ in order to influence their education choices.

Women can work, and they want to work

Several central figures in the Danish business community believe that it starts with young girls: we should treat them in a way that makes them believe that they are just as eligible for positions of power in our society as boys are. Though this idea is natural, since US studies indicate that girls of school age believe that men are generally smarter than women, it fails as an initiative to balance the gender difference in top management. If you look at, for example, the members of Ledernes Hovedorganisation (The Danish Association of Managers), 4 out of 10 managers below the age of 30 are women. The balance is completely different for managers above the age of 30, however. The question is therefore: are women opting out of career opportunities because of a generational change or perhaps something else?

Expectations are too low

In 2003, the New York Times published an article about ‘The Opt-Out Revolution’. They interviewed successful businesswomen who explained why they had opted out of a career in favour of their family. The article’s message was that structural barriers in terms of education and job opportunities had been all but eliminated in the Western world, leading to the conclusion that the skewed gender distribution could be explained by varying levels of ambition. And yes, if women don’t want to become society leaders, we can’t force them.

Unfortunately, this view is also present in Denmark. In 2012, the Eurobarometer showed that Denmark was dead last in comparison to 28 other countries with regards to women in the labour market. Every other Dane believes that women are less interested than men in work responsibilities. As a reference point, this opinion was shared by less than 20% of French and Swedish people. And these low expectations for women’s career ambitions have been proved wrong time and again.

The Opt-Out generation wants back in

Exactly 10 years after the article about ‘The Opt-Out generation’ was published, the same paper wrote ‘The Opt-Out generation wants back in’. The women from the first article had found their way back to the labour market, although in considerably lower positions than before. Their levels of ambition remained unchanged and unaffected by the time spent with their families, but societal structures required them to make certain choices that resulted in degradation.

Ambitions, priorities, and choices are central elements of the equality problem. Studies carried out by Professor Michelle Ryan of the University of Exeter have shown that during the past 2 decades, ambitions at the beginning of an education have not differed between the genders. However, the ambitions grow among men and fall among women. This happens regardless of whether the students are 25 or 30 years old, meaning that the ticking biological clock is probably not a deciding factor in this change.

A newer study from Kraka/Deloitte arrives at the same result when young people enter the labour market. However, both studies include individuals without management responsibilities. Therefore the writer of this article has studied the ambitions of managers, together with Villesèche and Paunova from CBS. By using data from 2,238 managers in Denmark’s biggest association of managers, we show that female managers with and without children have the same level of ambition as male managers without children.

The ghost of traditional gender roles

There is no apparent gender difference in terms of ambitions. But the data show a shift when male managers become parents: fathers have a significantly higher level of ambition – perhaps because they are traditionally viewed as the providers of the family? This speaks to a role-divided pressure upon parents in most societies. This pressure is also evident in studies of salary increases. In 2015, Kleven showed that Danish fathers in families with small children were typically looking at a raise, while mothers would often be demoted and see their salaries stagnate to give them time to take care of their family.

Professor Ryan also attributes the skewed gender balance in connection with ambitions to the influence of society-controlled expectations of our choices. The feeling of ‘fitting in’ can be crucial to the individual, and it will strengthen the expectation of success and thus the individual’s willingness to make sacrifices. Therefore, role models who show a balance between their work and private identities can help new colleagues feel authentic in their jobs.

Having a career goes hand in hand with self-sacrifice. This is the case for both men and women, but women run a higher risk of condemnation when they make career-focused choices, while their returns in terms of salaries and titles are lower. As a result, women often end up with a cost-benefit analysis that is considerably poorer than those of their fellow male students – irrespective of their education. Therefore the problem will not be solved by having more women study math, finances or IT, as Asger Ryhls, UN Women Nordic Office CEO, suggests.

Another problem with this suggestion is its intention to find future leaders among the technical educations. Leadership as a discipline is centered around people, and technical skills are rarely enough for individuals in this role. It is therefore necessary to rethink manager education. Good leadership is created in the relationship between people and requires a psychological basis aside from technical knowledge. After all, leadership matters very little if you don’t have any followers.

It must be worthwhile

This is why the Gender Diversity Roundtable needs to be more visionary and do away with the idea of ‘fixing’ women. Otherwise, the organisation risks offering only symptomatic treatment. Expectations are an important factor and an angle that requires more focus. Aside from innovating management education, we also need to look at how our choices are shaped by society-controlled expectations.

Women want to work. But working needs to be worth their while. We know that women in top management are a boon to organisations, so everyone should focus on how to make this just as attractive for women as it is for men. 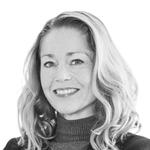 Christina Lundsgaard Ottsen is a Senior consultant in Mannaz and cognitive psychologist with a PhD in cross-cultural diversity. As a researcher, Christina worked with diversity in Scandinavia and the Middle East, and she went on to become an expert in inclusive leadership focusing on the psychological mechanisms behind cognitive bias. 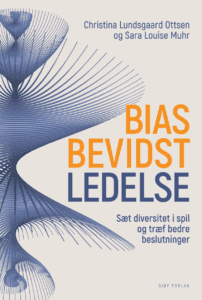 Gain insight into the challenges and responsibilities that come with your new leadership role – and strengthen your qualifications to successfully take up the leadership role.

Do you often get frustrated that others misunderstand what you are saying? Learn to manage and alter your communication so that you communicate in ways that your recipients will understand. This course focuses on behaviour, body language, emotions, and more.

You will only fulfil your ambitious objectives in a negotiation by creating an experience of shared success. Receive the basic tools for setting up and managing negotiations where both parties feel that their voices have been heard so that you achieve your results in unison.

A new book about leadership focuses on the leader’s options of leveraging artificial, collective, and cultural intelligence in the organisation.

Equality, diversity and inclusion: A complex challenge with great potential

Culture change with respect to diversity, equality and inclusion is a complex challenge. The solution is a systemic, cultural and individual approach. Find inspiration in this article.

The battle against sexism and harassment at work begins with management

Leaders in Danish companies and organisations may have underestimated the extent of the problem with sexism and harassment, but they now have a unique opportunity to change the culture if they are willing to take responsibility for the necessary change.